I didn't realize it at first, but Erni reused one of my mailing envelopes - I am not good at adding things to the outside - to send me a package of wild and wonderful things.

The envelope, with fantastic faux postage. 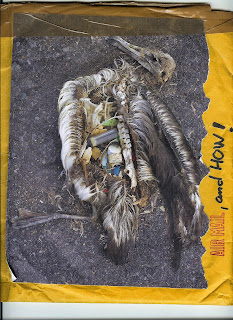 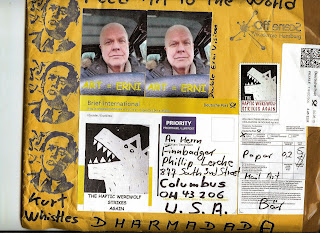 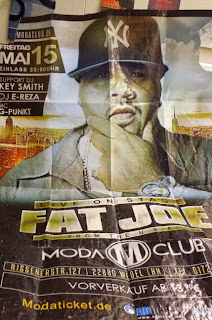 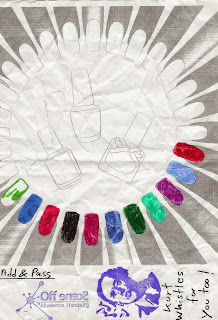 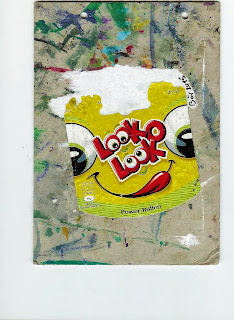 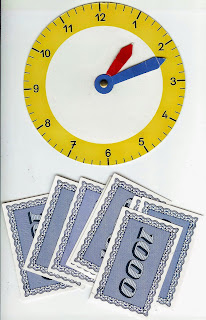 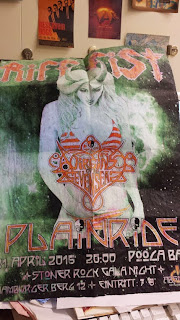 The back of the Virgins of the Seven Seas poster had a fantastic bleed-through effect (not to mention half a wall of Hamburg stuck to the back). It looks much better in person than in this photo.I have plans for this side. 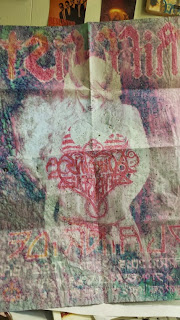 Response to Erni in an envelope made from the above poster - Hamburg wall and all :) 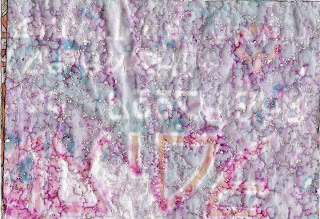 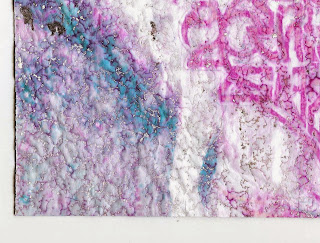 With one of the envelopes inside (number 517). 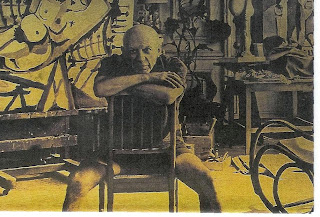 Which contained some of the hive in blue. 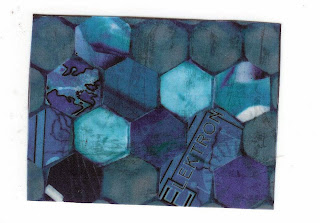 I used Janis Joplin stamps on the envelope. 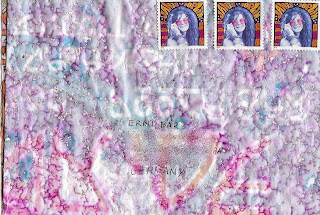 The Janis Joplin stamp is part of the USPS series music icons, and was issued last year. Janis Joplin died at 27, but in her short career became known as the Queen of Psychedelic Soul. Her remake of Erma Franklin's 'Piece of My Heart' is one of her most famous songs.

Each stamp is supposed to resemble an album cover. Stamps are issued on square selvage in sets of 16, designed to look like a record sleeve. Here's the large image from USPS. For other music makers, check in on other submissions to Sunday Stamps.