Y is for Yellow

Going with the old and trusted standby for Y in an A-Z challenge, here are several yellow stamps on an envelope I sent out (OK, I know some are more beige...)

For links to other stamps with a Y theme, head over to explore the links at Sunday Stamps.
Posted by FinnBadger at 4:00 AM 12 comments:

Email ThisBlogThis!Share to TwitterShare to FacebookShare to Pinterest
Labels: A to Z challenge, sunday stamps

X is for Xiphias gladius

These wonderful marine fauna stamps came from Eva in Morocco some time ago. Fortunately for me I haven't shown them before, so it gives me an 'X' in the Sunday Stamps A-Z journey, since the scientific name for the swordfish is Xiphias gladius. 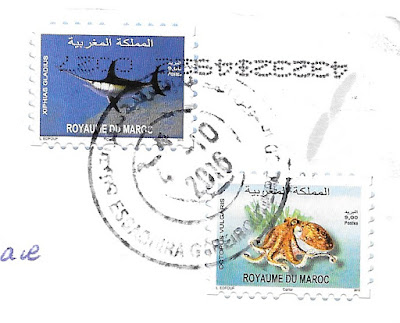 The only downside to these lovely stamps is their tiny size - they are even smaller than the machine UK definitives, and so the details are hard to see without magnification.

To see what others came up with for X as a stamp-related topic, head over to the links at Sunday Stamps.

Email ThisBlogThis!Share to TwitterShare to FacebookShare to Pinterest
Labels: A to Z challenge, eva, sunday stamps

W is for Writing

I have had this envelope from Eric for quite some time. I'm glad I saved it for W, as the beautiful stamps show the evolution of writing implements, and after all, stamps were created for sending letters. These two show a fountain pen and a reed, used as an ancient writing tool. Love the colors of this envelope from Eric, and the splashes of blue on the stamps. You can also include 'watching', if you take into account the blue cat in the top stamp. 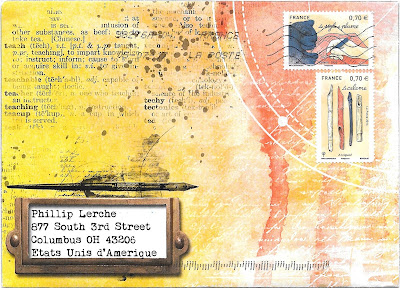 The back is also stunning. 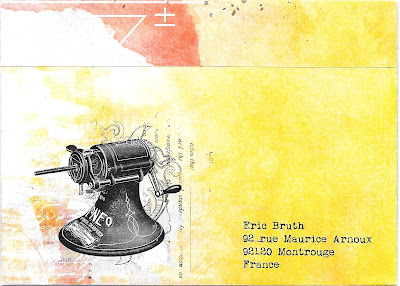 To find out what others thought W stands for, head over to the links at Sunday Stamps.
Posted by FinnBadger at 4:00 AM 12 comments:

Email ThisBlogThis!Share to TwitterShare to FacebookShare to Pinterest
Labels: A to Z challenge, Eric B, homemade envelope, sunday stamps

V is for Venus

The stamp for Venus, issued as one of the eight 'Views of Our Planets' stamps in 2016, on envelope 805. The stamps are striking, so can be tough to find matching envelopes. This one is made from a calendar of watercolors. 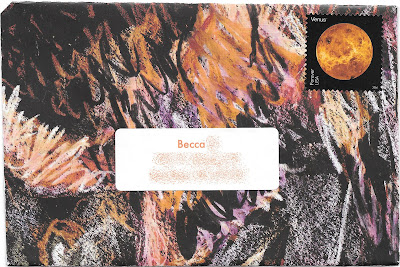 Here's a view of the full sheet. 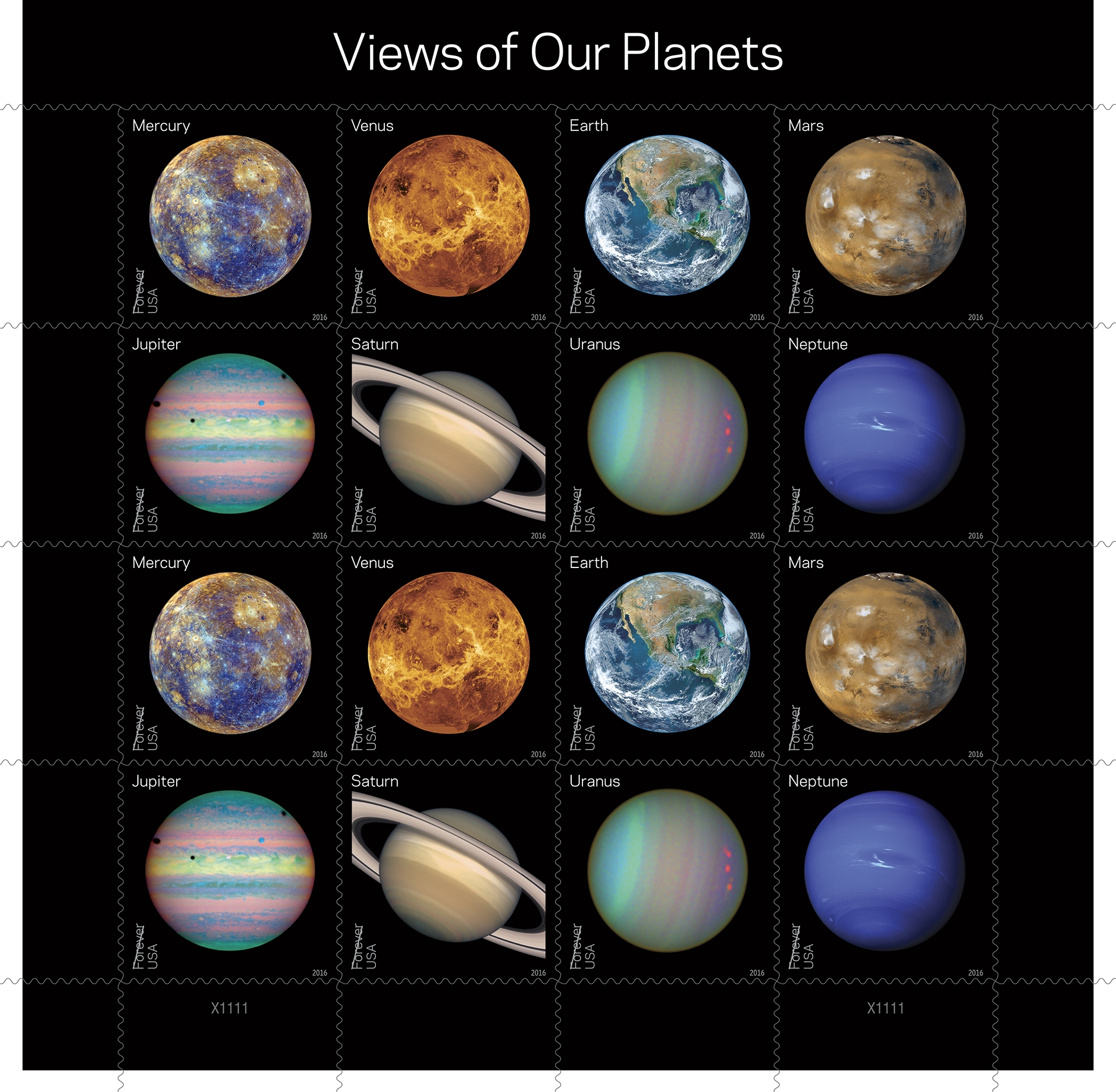 To see more stamps with a V theme, check out the links at Sunday Stamps.